When a patient comes in, and we make the decision to proceed with glaucoma drops for treatment, we have to decide together what the best type of drop. There are several different drops and they each have their benefits, and risks. Generally, the first class that we try to go for treatment is the prostaglandins. These include Lumigan, Travatan Z, and Xalatan (the generic name is latanoprost). There are some new medications pending approval and marketing in this class, but the previously mentioned are the major players. The benefit of these medications is that they are highly effective and often lower the pressure by 30% or more. They are also convenient at only one time daily. Some are affordable such as Latanoprost which can be found as low as $15 or so on the website goodrx.com. It all sounds great right? However, these drops may have some side effects. The first side effect is eye redness; this is often worse with lumigan and better with latanoprost. Overall, this is not usually a major issue, but it can be if the patient is particularly susceptible. One of the other side effects is growing of the lashes which is usually a positive for most people. The next side effect that is often very concerning is a darkening of the eye. Green and hazel eyed patients are most susceptible. This is not particularly common, but it can happen and is irreversible. I would say this is the most common reason for people to pass on this drug. There is also some evidence that it can cause the eyes to be more "deep set" with time, and that it may worsen blepharitis or dry eye in certain patients. It can also darken the skin around the eye. So the next class we can talk about is the beta blockers with timolol being the main option. It is affordable (as low as $4), and slightly less effective than the prostaglandins. It can lose it's effect over time and can sting. Sometimes it can cause breathing difficulty or problems with people with very slow pulse rates (under 60). Another class is the alpha-adrenergic agonists with names like alphagan, brimonidine, and iopidine. They do not particularly sting and can be somewhat affordable. They tend to be less effective, and have a high allergy rate (about 15%). The carbonic anhydrase inhibitors are also more expensive; they tend not to be as effective, and they sting. They include the drops azopt, and trusopts (known as dorzolamide). There are some older medications that are rarely used currently such as pilocarpine, and epinephrine. The last drops to talk about are combination medications such as simbrinza, cosopt, and combigan. These medications have various combinations of the previously mentioned drops (except for the prostaglandins). They tend to be more effective than a single drop, but may have higher allergy risk. They tend to be more expensive, but are usually much more convenient than two different medicines in separate bottles. For many patients, they are a great option to get that pressure to the target point. When I prescribe drops for patients, I always have a discussion about the risks and benefits and we chose the drops together. If you have glaucoma, and would like an evaluation, please hit contact to find out the different ways to schedule an appointment. 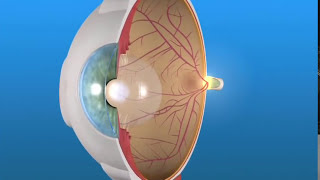 What is Macular Degeneration?

What is a Cataract?

Prescription Medications are TOO Expensive!

How will the eclipse blind me?